Find your next destination with us.

Let iTravel 4u take care of the stress and worry about booking your next holiday, we take care of your transfers, hire car, baggage allowance, tickets and for added luxury we can add executive airport lounges, making sure you have the best start to your well deserved break. 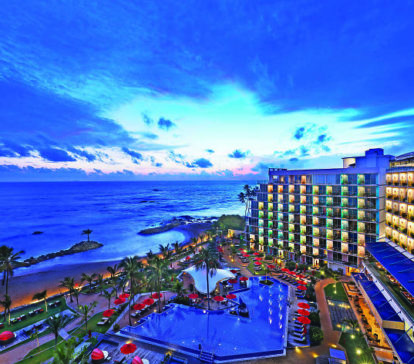 Overlooking the Indian Ocean on Sri Lanka’s southwest coast and surrounded by lush greenery, Amari Galle is located in an area rich in historical and cultural importance. Galle Fort, the area’s most famous attraction and a UNESCO World Heritage Site, is only a 10 minute drive away. All 172 rooms and suites feature a balcony or a private terrace with interiors inspired by subtle elements from Sri Lankan art and local architecture. Exquisite suite accommodation consists of a magnificent living room and outdoor seating. The resort also boasts a large pool and landscaped beachfront gardens. Overlooking the bay, Bommu Rooftop Bar is the perfect setting to enjoy a cocktail while watching the sun set. Features: -Save 30% on accommodation -5 Star hotel overlooking the Indian Ocean -Only a 10 minute drive from Galle Fort -Enjoy a cocktail at Bommu Rooftop Bar Return flights 10 nights in a Deluxe Ocean View Room Breakfast daily Private transfers and airport taxes Regional Departures available, prices may vary
10 nights 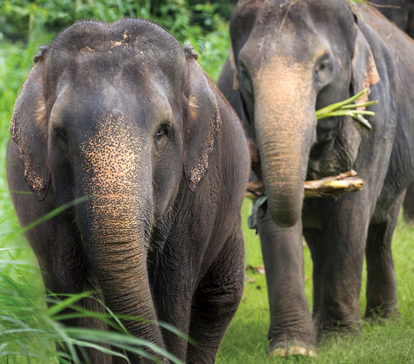 Elephant Hills is Thailand’s first luxury jungle camp combining the luxurious camping idea of an African safari park within a Thai tropical forest environment. The two camps, the Elephant Camp and the floating Rainforest Camp, are both situated in Khao Sok, part of Southern Thailand’s largest stretch of primary Rainforest. Despite being tucked away in the Rainforest, these camps are easily reachable from popular beach destinations like Phuket, Khao Lak, Khanom, Krabi and even Koh Samui. Thailand’s first luxury tented camp takes African-inspired safari tents and blends them with a tropical environment amid rainforest covered mountains and limestone cliffs. Guests can spend a few days getting close to nature and experience the Asian Elephant, discover the lakes and rivers of the National Park in a canoe and trek into the forest to learn about the flora and fauna of this unique destination. Due to ethical reasons Elephant Hills does not offer elephant riding. Instead, guests will get to feed, wash and interact with Asia’s largest land animal. Features: - Enjoy an ethical elephant experience - Stay in a luxury tented jungle camp - Tranquil property with pool in Khao Lak - Kids Club & children’s activities available Return flights 4…
10 nights 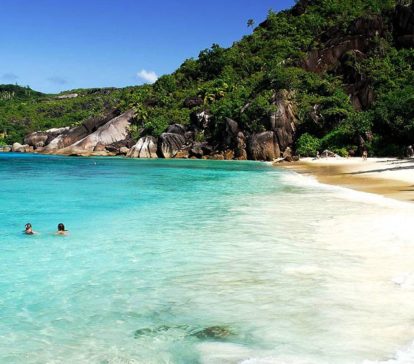 Inspired by the sea, the collection of rustic chic chalets at Carana Beach exudes a quintessential charm all of its own while melding oceanic hues with the verdant landscape. Choose from 28 Ocean View Chalets with private terraces or select one of 12 Ocean View Pool Chalets with private plunge pools, mesmerising sea views and additional deck space on the terrace, all just a few steps from the beach. Relax in the year round outdoor pool overlooking the ocean or go for a romantic stroll along the white sandy beach, followed by a couples’ massage in The Sens Spa. In the evening, sip on carefully crafted sundowner cocktails in the bar followed by a delicious meal in the restaurant, Lorizon, where the extensive Creole-inspired menu features freshly caught seafood and organic foods straight from the farm. Features: - Great for snorkelling - Mesmerising sea views and additional deck space on the terrace - All Chalets designed to cater for couples as well as families. - International-standard guest amenities with local accents. Return flights 7 nights in an Oceanview Chalet Breakfast daily Private transfers and airport taxes Regional Departures available at varied prices.
7 nights 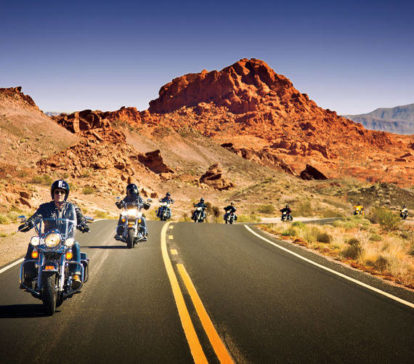 World famous Route 66 motorcycle tour travels the original Route 66, known as the "Mainstreet of America" or "Mother Road". At over 2400 miles long from Chicago to Los Angeles, Route 66 crosses three time zones and 8 States: Illinois, Missouri, Kansas, Oklahoma, Texas, New Mexico, Arizona and California. Route 66 has been the path of migrants, dreamers, desperadoes and an entire generation of vacationers discovering the way west. The 1950's were the Route 66 glory days, when thousands of cars rode bumper to bumper behind each other to experience the Western frontier. Hotels, motels, gas stations, classic restaurants, and the "New" America sprang up everywhere. Much of Route 66's classic roads, restaurants, gas stations, and nostalgic landmarks are preserved just as they were in the 1950’s. The famous and nostalgic Route 66 is the road created in heaven for motorcycle touring. Simply stated, this is the guided tour of America! Departure Airport: London, United Kingdom Airline: Delta Air Lines Travel: 09APR20-07OCT20 Book by: 31MAR20
14 nights 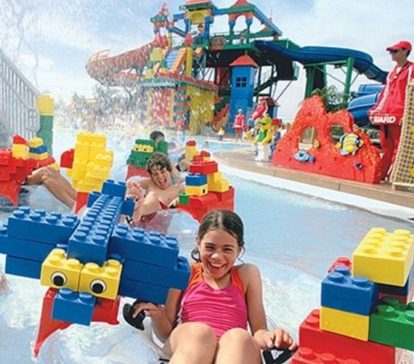 Experience Dubai’s Ultimate Family Theme Park Hotel. Explore the only hotel located inside Dubai Parks and Resorts, the region’s largest theme park destination, just minutes away from Dubai Marina. Connected to exhilarating attractions within the three world-class theme parks, waterpark and premium dining and retail at Riverland Dubai and Dubai Outlet Village, this Polynesian-themed hotel has everything you need for a Family Holiday. Distinctive, luxury guest rooms with plenty of space to stretch out and relax and a wide selection of five-star amenities, including a signature spa and fully equipped fitness center. In addition, hotel showcases a variety of exceptional on-site restaurant options, outdoor family pool, children’s pool, lazy river and a host of fun children's activities in Kids and Teens Club. Price is based on 2 adults and 2 children (up to 11 years) sharing a deluxe king room with resort view on a half board basis at the Lapita, Dubai Parks & Resorts, Autograph Collection. Includes direct flights with Emirates from London Gatwick on 9 April 2020 for 7 nights (including one night on the plane), return private airport transfers and daily access to Legoland, Legoland Waterpark, Motiongate and more. 6 night holiday from Glasgow from £949pp, Manchester…
6 nights 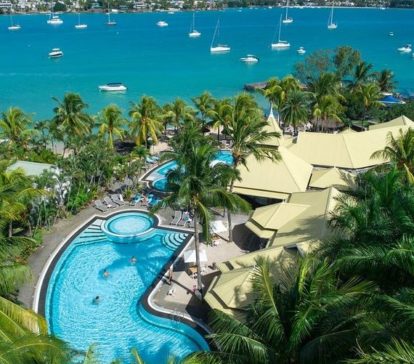 Enjoy a break in Mauritius at the popular bustling resort of Grand Baie! It's all about a true Mauritian lifestyle here at Veranda Grand Baie. The setting is stunning, the palm-filled gardens meander down to the perfect beach, with plenty to enjoy when you get there, not to mention that Grand Baie itself is just an easy walk away. Throw in a couple of pools, a choice of watersports, not to mention light and bright rooms, with a Creole touch, and you've got everything you need for an amazing holiday. Offer includes flights with Emirates from London Gatwick departing 7th June 2020, 7 nights staying at Veranda Grand Baie in a Comfort Room on Bed & Breakfast. Private Car Transfers are included. £75pp deposit to secure this booking. Departure Airport: London, United Kingdom Airline: Emirates Travel: 07JUN20-30JUN20 Book by: 29FEB20
7 nights

The best travel company! VERY committed, if there was more than 5 stars I would give them to you! Thank you for booking our trip.

Prompt, excellent, thorough service for our third holiday with you!

Great service and very competitive pricing. I would definitely recommend and use again in the near future. Thank you for all your help.

As well as helping you plan the perfect holiday, iTravel4u also offer a range of extras and special touches including concert, event and sports tickets (including English FA Premiership football and Formula 1 tickets), hot-air balloon rides, spa treatments – anything your heart desires to make your trip all the more memorable! Contact us for more information.

As well as helping you plan the perfect holiday, iTravel4u also offer a range of extras and special touches including concert, event and sports tickets (including English FA Premiership football and Formula 1 tickets), hot-air balloon rides, spa treatments – anything your heart desires to make your trip all the more memorable! Contact us for more information.

Only looking for flights? We offer a range of Flight-Only deals.

We can organise tickets to Music, Sports and various Events.

Luxury Spa treatments can be booked for that extra special trip.

Only looking for flights? We offer a range of Flight-Only deals.

We can organise tickets to Music, Sports and various Events.

Luxury Spa treatments can be booked for that extra special trip.

It’s Time For a New Adventure! Don’t Wait Any Longer, Contact Us Today!